From Coal Mine to Clean Energy: How One Company Can Make a Difference

In 2012, I found myself in a meeting in Somerset, Colorado with representatives from Oxbow Mining’s Elk Creek Mine, owned by Bill Koch (of Koch brothers fame). We were interested in capturing the polluting methane from the mine and turning it into usable electricity.

Methane is a huge problem when it comes to global warming, which is an existential threat to the ski industry (COVID-19 resulted in massive revenue loss when it forced us to shut down our spring season a month early, a preview of what we could be facing with rising temperatures in years to come.).

We had been building micro-hydro plants, solar arrays and other sources of renewable energy for years; but these projects never scaled enough to offset our intensive energy usage. But the potential with the Elk Creek Mine was different.

Early on, we found that talking about climate change wasn’t resonating with the Koch team. But when we talked about capturing and monetizing wasted resources, their ears perked up. We built on the momentum generated by energy entrepreneur Tom Vessels and environmentalist Randy Udall, who understood that methane had a warming potential 86 times that of carbon dioxide — and that it was leaking from coal mines all over the West. The two approached Holy Cross Energy — our local utility company, which had a goal of transitioning to 20 percent renewable energy by 2015 — which agreed to the project (The company has since announced a goal of 100 percent renewable energy by 2030, but that’s another story that we also played a part in.).

The missing pieces were a mine operator willing to take on this risky venture, and a financial investor to make it come to life — which is how the meeting with Oxbow and Aspen Skiing Company (ASC) came about.

After overcoming many legislative and bureaucratic hurdles, and creating a complicated agreement that included a color-coded glossary of terms, Oxbow agreed — and we invested $5.34 million (out of the $6 million needed) to make this first-of-a-kind project a reality. 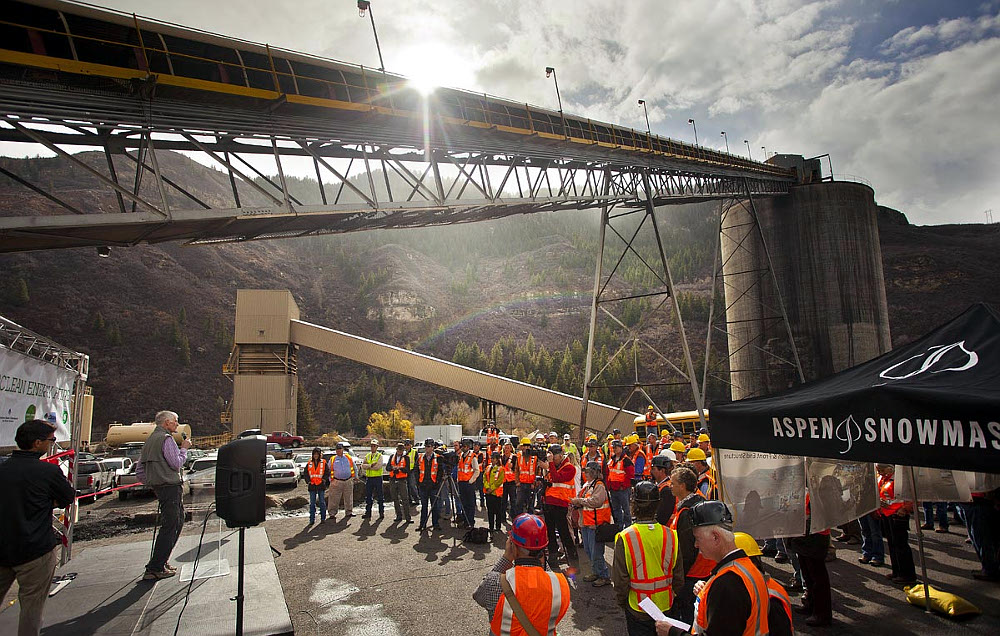 Now that the Biden administration has put climate at the top of the national agenda by re-signing the Paris Accord and requiring methane pollution limits for oil and gas operations, we decided to take a closer look at how our project has been performing for nearly a decade. This week, we released a report documenting exactly how much energy has been produced, how much harmful methane has been destroyed, and the financial return.

We are proud to say that the Elk Creek Mine produces 3 megawatts of baseload power, which delivers 24 million kWh annually. In English, this means it produces approximately as much energy as we use each year at all four of our ski mountains, including hotels and restaurants — or enough to power about 1,800 US homes annually. The electricity generated and carbon offsets flow into the utility grid, not to ASC directly. Therefore, our resort does not claim that it is 100 percent carbon neutral. Instead, the project did something more important: it helped ‘green’ the entire regional grid, knocking almost 10 percent off the utility’s carbon footprint.

Simultaneously, since this project started in 2012, it has prevented the emission of 250 billion cubic feet of methane annually into the atmosphere. This is equivalent to three times all the carbon pollution created by the resort annually — electricity, gasoline, diesel fuel and natural gas, combined — which is the same as removing 517,000 passenger vehicles from the road for a year.

And here’s the kicker: This project produces between $100,000 and $150,000 in revenue per month from electricity and carbon credit sales to Holy Cross Energy. After nine years, ASC has only about $750,000 remaining to pay off our investment. So, we help to address climate change, and make money — two of my favorite things! But, of course, we need to do more.

First, we need to deal with regulation. The US currently lacks nationwide regulations or incentives to capture methane, but fortunately that is beginning to change. California’s groundbreaking cap and trade program purchases carbon offsets from coal methane projects across the country and can turbocharge economic returns from projects like these. It also makes possible other, less expensive methane-destruction projects — such as flaring.

Second, we need to recognize that whether through energy generation or flaring, methane destruction is critical to the climate fix — not only because of the gas’s warming potential, but because there is so much of it being released into the atmosphere. In fact, methane is leaking from oil and gas operations, coal mines, fracked gas wells, and natural seeps at such high rates in the southwestern US that it’s visible from space. Collectively, we need to get aggressive in our efforts to capture and destroy this extremely harmful substance. The last seven years have been the hottest in the global temperature record; and as planetary warming accelerates, there is little time left to develop and implement solutions to prevent us from reaching irreversible tipping points.

Finally, businesses must work toward phasing out our reliance on fossil fuels and dramatically reducing greenhouse gas emissions — in addition to holding elected officials accountable for national emissions-reductions strategies — to have a realistic chance of meeting our Paris Accord goals and doing our part to stop global warming.

The primary challenge in all of this: the cost. But that’s the point here — we did this project to show that large-scale climate projects can also be lucrative, knowing that harnessing the power of capitalism is one of the best ways to drive change forward at the speed and scale needed. We’ve been transparent with the economics of this project so that others may imitate it — which, in addition to being flattering, would give us all a chance to help avert climate disaster.